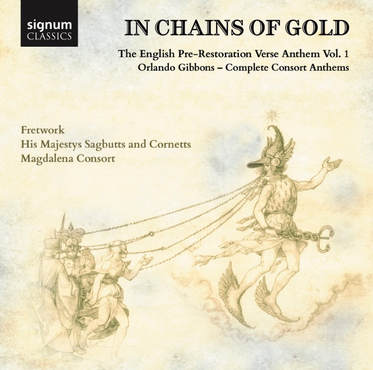 In November 2016, celebrating the 30th anniversary of the viol consort Fretwork, a project of major importance brought together leading vocal and instrumental performers in the field of early 17th century music, to record a CD of what is widely acknowledged to be some of the finest repertoire in all English sacred music: the ​​consort anthems of Orlando Gibbons. 'In Chains of Gold' Volume 1 was released in November 2017 to wide critical acclaim. Here are just a couple of the reviews:

This is the finest recording of this quintessentially English music that we are likely to have, and I urge everyone to start collecting these volumes as they appear over the coming years ... a real treat (Early Music Review, February 2018)

a stellar team ....these performances glimmer with all the yearning, devoutness and splendour of the age (BBC Music Magazine, February 2018)

In January 2019 the same forces joined to make a sequel:
'In Chains of Gold' Volume 2. 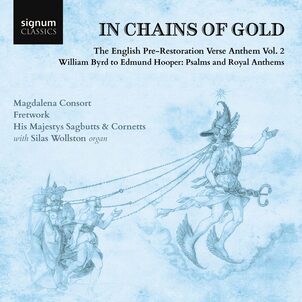 Read about it here
AND NOW WE WANT TO MAKE A THIRD
'In Chains of Gold Volume 3' ......
READ ABOUT IT HERE
Powered by